The end of year celebrations gathered AXA Middle East employees and close partners in the annual lunch at Zahr El Laymoun restaurant in Dbayeh on Tuesday December 23, 2014.
The friendly and festive atmosphere was animated by the performance of “8ieme art” group musician which was followed by tombola draw and taking souvenir photos. In this occasion, the president, Mr. Roger Nasnas; the general director, Mr. Elie Nasnas as well as the board of directors, expressed their gratitude for the employees’ engagement, devotion and professionalism while highlighting on their essential skills in conducting the different objectives of the society.
The lunch was ended with a cake wishing the employees and AXA Middle East success and achievement in the New Year 2015. 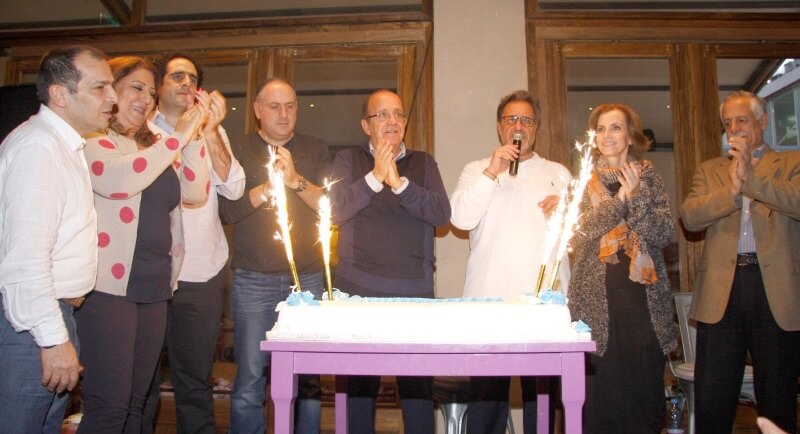